Tesco spokesman: I never complained when I worked unpaid 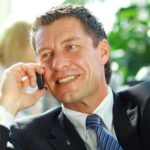 The man who has been speaking on behalf of Tesco during the recent row about unpaid placements as part of the government’s workfare scheme has himself worked as an unpaid intern – and told Graduate Fog he sees nothing wrong with young people working for free for up to six months in order to gain experience.

Back in 2010, Graduate Fog’s path crossed with that of David Nieberg – the supermarket’s media relations manager – over a vacancy for an unpaid “editorial intern” being advertised at Tesco magazine. The internship lasted “3-6 months” and the role was “not salaried, but we will pay basic expenses”. It involved “…providing administrative and organisational support for the editorial desk, along with the chance to learn and develop basic journalism skills including researching, fact checking and writing news and feature content.”

The magazine’s production was (and still is) outsourced to contract publisher Cedar, but we believed that Tesco should take some responsibility as the publication carries their brand. A number of emails were exchanged, during which Graduate Fog remarked that it was unusual to see such a big brand recruiting so brazenly, as unpaid internships were something of a “guilty secret” at the time.

But Nieberg seemed unable to understand why anybody might have a problem with unpaid internships, saying:

“Can I ask what your issue is with advertising an internship on a magazine? I have seen many such adverts with national newspapers, such as The Guardian, advertising for internships.

I worked for many years as a journalist and work experience/internships are an invaluable way of gaining experience in an industry that is very difficult to get a foothold in. I personally worked on this basis for two national newspapers and was extremely grateful for the opportunity.

When I was doing my NCTJ training as a journalist, an unpaid internship on a newspaper was compulsory as part of your training.

How do you arrive at the conclusion that experience on a magazine, helping someone at the start of their career build up contacts and a portfolio, is a guilty secret?”

And there have been other instances of Tesco being involved with unpaid internships. In October 2011, we reported that the supermarket was forced to remove adverts for 145 “shelf stacker interns” in Ireland. Tesco had promoted the positions as part of the Irish government’s controversial Jobbridge internship scheme, which allowed private companies to promote lengthy, full-time internships paying only 50 Euros (£42) per week.

The advertisement caused outcry in Ireland among young people, although the story received little attention in the mainstream press as Tesco is such a powerful advertiser. The advert was later removed, following pressure from several workers’ unions.

Here is some text from one of the ads, for an internship lasting six months:

“The intern will gain practical experience in retail excellence in an exciting and fast moving environment. The role is to help our customers get what they want by filling shelves according to merchandising plans and ensuring that Customers do not have to queue.

“The intern will gain skills such as stock rotation, customer service skills, management of waste and damages and merchandising to plans routines. The intern will receive a full induction, Department specific training and Tesco Options training.”

Clearly, the views of Tesco’s spokesperson are not the views of Tesco. But Nieberg’s casual disregard for unpaid workers back in 2010 still makes us feel uneasy today. Likewise, the fact that Tesco has been involved with government-backed unpaid work schemes before (in Ireland) is cause for concern. Is it possible that Tesco – like the government – doesn’t really understand why forced unpaid labour is so repulsive to the British public? Are they just paying lip service, because this story threatens their reputation – and their bottom line?

*DOES TESCO SEIZE ANY OPPORTUNITY IT GETS TO GAIN FREE LABOUR?
Do you believe that Tesco truly understands why the public is so disgusted by its conduct – or is it just worried about the impact of bad publicity? Does the supermarket’s use of unpaid workers make you less likely to shop there in the future?