Look what we did! Tony Blair faces intern investigation 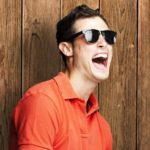 Tony Blair’s office could face an investigation by HM Revenue and Customs, after evidence from Graduate Fog was passed on to the officials responsible for enforcing the national minimum wage.

When quizzed by the Guardian, a spokesperson for the Office of Tony Blair – which helps administrate the former prime minister’s multimillion pound consultancy and diplomatic interests – confirmed that despite its non-charitable status it uses unpaid interns for three months at a time.

Last week, we reported how a London university graduate had been offered a three-month unpaid internship at Tony Blair’s office, but was later turned down when he said he could only afford to work four days a week, not five. He also showed us what appeared to be advertisements for two different internships, one at Tony Blair’s private office and one at Tony Blair Associates.

Following emails in between Graduate Fog and the Guardian since the story first broke on politics blog Guido Fawkes, the evidence gathered by us was forwarded to the tax authorities. When the Guardian asked whether HM Revenue and Customs’s acceptance of the evidence was confirmation that they would be investigating, this is what they said:

From: HM Revenue and Customs
To: The Guardian
Date: 26 October 2012
Subject: Office of Tony Blair

“We ensure that employers comply with the national minimum wage rules across the board. Where we have reason to believe the rules are being abused we will investigate. We always act on allegations of NMW abuse.”

What does it mean? Well, statements from HMRC are always rather weird – and their lack of transparency about serious allegations of non-payment of the minimum wage to young workers is a constant frustration to those of us who campaign on this important issue. But if they mean that Tony Blair’s office is to be investigated – which seems to be implied – that would be welcome news.

What happens next? That’s another tricky one. Unfortunately, despite the seriousness of these allegations, our chances of receiving an update from HMRC are precisely zero. That’s because HMRC’s supposedly well-meaning systems are designed to protect the confidentiality of the person being complained about (yes, even if he is a former prime minister).

Clearly, this is crazy – we think that the outcome of any investigation into a former prime minister (if it happens) into his office’s potential failure to pay the minimum wage are a matter of public interest and this information should be freely available. With an appalling lack of support from the government, the interns’ rights campaign has been left to Graduate Fog and a handful of pressure groups – and we feel it is vital that any cases where back pay is awarded or fines are given are reported publicly to act as a deterrent to other employers considering doing the same. If cases where payments are made are hushed up, how will other employers ever get the message that unpaid internships are not okay?

As the current system stands, our only hope is that any interns who are awarded back pay by Tony Blair’s office contact us directly to fill us in on what’s happened. That happened with X Factor and Arcadia, so we are keeping our fingers crossed.

In other words, if you know anybody who anybody who has interned for Tony Blair – or any other famous person or big company – and they suddenly receive a cheque in the post in the next few months to cover back pay for an unpaid internship, please ask them to contact Graduate Fog or Intern Aware. We would love to hear from them – and all emails will be treated in the strictest confidence. Even if they have been asked to sign a confidentiality agreement, this can always be worked around. Thank you.

*IF BLAIR IS INVESTIGATED, SHOULD THE OUTCOME BE MADE PUBLIC?
Is it wrong that companies and individuals who are asked to pay out are protected by HM Revenue and Customs, so nobody ever knows what happened unless the intern chooses to tell us? Do you worry that there is not enough of a deterrent for companies thinking of hiring unpaid interns? Is paying back pay enough to make employers think twice? Or is it time for big fines and proper prosecutions for those who break the law?