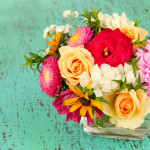 FATIGUE COULD HAVE BEEN A TRIGGER – BUT NO CONCLUSIVE PROOF, EXPERT TELLS COURT

An inquest has found that Moritz Erhardt, the Bank of America Merrill Lynch intern who was found dead in a shower at his London flat after working for 72 hours in a row, died of an epileptic seizure. Although fatigue could have been a trigger, there was no proof of this and it is also possible that the seizure was something that just happened, said coroner Mary Hassell.

Erhardt, 21, from south-west Germany, was discovered at his temporary accommodation in east London in August. His death made headlines worldwide and in the aftermath, stories of extreme working habits in investment banking emerged, sparking a debate about a competitive and high-pressure working culture in which some City interns regularly work 100-hour weeks in an attempt to gain full-time jobs in the lucrative industry. Shortly afterwards, Moritz’s dad told the Guardian he thought London’s City intern culture “needs to change”. The case has also raised questions about whether all interns’ hours should be limited, as many are working longer and harder than ever in a desperate attempt to make a good impression and secure a permanent, paid job.

The inquest at Poplar coroner’s court in east London on Friday heard that Erhardt was taking medication for epilepsy, but had not told anyone at the bank about his condition. Bosses confirmed he was a week from completing a placement at Bank of America Merrill Lynch’s London offices, and was due to be offered a job at the bank.

“Unfortunately, although many, many people live with epilepsy and go on to live to old age, sometimes it still causes death very suddenly in this way and sometimes that happens even with a person as young and as fit as Moritz was.

“One of the triggers for epilepsy is exhaustion and it may be that because Moritz had been working so hard his fatigue was a trigger for the seizure that killed him.

“But that’s only a possibility and I don’t want his family to go away with the thought that it was something that Moritz did that caused his death.

“He was a young man living life to the full and he was clearly enjoying his time in London and, whilst it’s possible that fatigue brought about the fatal seizure, it is also possible that it just happened. And it is something that does just happen.”

Bob Elfring, co-head of corporate and investment banking at Bank of America Merrill Lynch, admitted there was not a current system for monitoring working hours at the bank, but insisted the bank’s interns were well supervised by mentors and development officers. At the time of his death, there was no particularly urgent project that Erhardt had been working on to warrant the long hours he was putting in.

Elfring said that while he did not think a clocking system should be implemented for interns, it might be possible to create a way of analysing staff’s swipe cards to flag if someone was repeatedly working extreme hours.

He said a global review had been launched in August to examine staffing and working hours at several levels, and that about 200 people had been interviewed so far, insisting: “This is a very, very serious effort.” A verdict of natural causes was recorded.

*SHOULD EMPLOYERS LIMIT INTERNS’ HOURS?
Given that many interns are desperate to impress, should more be done to ensure the demands placed on them are reasonable, and that they are not “self-exploiting”? If you’ve worked a long-hours internship, what was it like, was your employer aware of what you were doing – and did you get a job at the end of it?