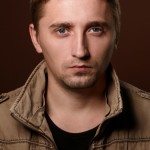 A law graduate has told how he could only afford one meal a day during his unpaid internship – and lost two stone in weight as a result.

Law graduate Joseph Loughnane, 27, from Galway in Ireland, came to London to do a six-month placement at a human rights organisation. But he quickly found himself struggling to manage his budget, which included rent, travel and food. He said:

“The organisation was small and couldn’t afford to pay me. My friend and I were paying £500 each a month on rent and I only had money for one meal a day. Sometimes my manager brought in food to the office and I could eat for free.

“If I was paid, I’d still be in London now because I loved the job. But I’ve been on the dole for the last five months now.”

Joseph graduated in 2011 with a masters in international human rights law, and also has a postgraduate law degree under his belt. But despite applying for jobs at solicitors’ offices for six years, he has never had an offer of paid work in his field.

Graduate Fog has been concerned about the impact of unpaid internships for several years, shaming dozens of organisations and individuals for failing to pay their junior staff, including Topshop, Harrods, Tony Blair and Simon Cowell (first for X Factor, then again yesterday  for his company’s new digital project You Generation).

Discussions tend to focus on the legal aspect, and issue of fair access (namely that unpaid internships exploit those who do them and exclude those who can’t afford to do them). But Joseph’s case raises a new question. What is the potential impact on an unpaid intern’s health?

* HOW DO UNPAID INTERNS SURVIVE?
If you’ve done an unpaid internship, how did you make ends meet? Did you take out a loan, accept money from your parents – or juggle your internship with paid work? How long did you manage to survive – and did you ever go hungry? Please post your comment below, thanks…