Happy Birthday… to us! 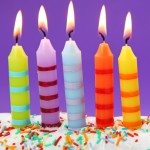 Happy birthday to us…

Happy birthday to us…

Happy birthday to us!

That’s right – today we are celebrating this website’s FIFTH birthday! And we want to say a big thank you to all Graduate Fog’s fantastic readers. Whether you’ve discovered this website recently or have been following since the start, we can’t tell you how much we appreciate all your support!

Your comments and shares show us which stories hit home the most, so we can keep producing content we know you’ll love. And your tip-offs about rumours, sleaze and skulduggery we should investigate are invaluable – please keep them coming!

Here are five of our own personal highlights from the last five years:

1) Our name-and-shame revealing former PM Tony Blair had been running unpaid internships. The story was picked up worldwide – and was even mentioned on Have I Got News For You! Blair’s spokesperson later announced he would review his policy on interns

2) Breaking the story that X Factor was using at least four, full-time unpaid interns on the show’s styling team. This was tweeted by Caitlin Moran and ended with X Factor being reported to HMRC. (Take that, Cowell!)

3) Being one of first websites to pick up on the scandal of zero-hours contracts – back in August 2012 – and how they were impacting young jobseekers. Three years later, the controversial employment practice is a major political issue

4) Raising concerns that graduates keen to join the Metropolitan Police were being charged £1,300 up-front for a compulsory training certificate they needed just to apply (the Daily Mail agreed this was shocking too, and ran the story)

5) Exposing the fact that Arcadia (owners of Topshop and Miss Selfridge) had made numerous secret payments of hundreds of pounds to former unpaid interns. Arcadia boss Sir Philip Green still insists his firm did nothing wrong, but as we’d been on his case for over a year when the news emerged, we’re chalking it up as a victory

We have exciting plans for the coming year, to ensure we can keep producing more editorial that we know our readers love. In the meantime, please keep reading, commenting, sharing, tweeting and telling your friends about Graduate Fog. The bigger our tribe, the louder we can shout!

Here’s to the next five years!

*WANT TO WISH US HAPPY BIRTHDAY?
Leave a note below – it will make our day! And if you want to tell us how long you’ve been following Graduate Fog, why you love the site and what your favourite Graduate Fog moment has been so far, please go ahead and indulge us. After all, it’s our Special Day..!