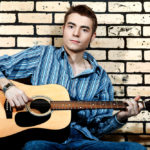 OR ARE YOUNG PEOPLE JUST WHINGERS?

Evidence is mounting that graduates are being treated as second-class citizens. The spread of internships means you’re expected to work for nothing for exploitative employers – and you receive no protection from the law (which officials are failing to enforce because it’s “not a good use of public money.”). When you take these internships, you become invisible – you don’t appear anywhere in the official figures.

Four in ten young employed people feel you are “not part of society.” In your desperation to start earning – and pay off your debt – one in five of you say you’d consider prostitution (or at least escorting). One of you has even told Graduate Fog that the sex industry is the only place where graduates feel welcome.

And it seems that the establishment even seems to condone the idea that you should sell your body to pay for your education. An academic said recently that graduates should be allowed to sell their kidneys in order to raise funds to pay off your debts. It was recently announced that young, unemployed people with no children will also go to the back of the queue for council housing.

What do you think – are graduates treated as second-class citizens? Or have young people always been skint and vulnerable to exploitation?