The Graduate Fog Employer Awards: Who (not) to work for in 2018 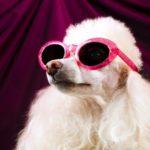 OUR HEROES AND VILLAINS FROM THE LAST 12 MONTHS

What a year it’s been. We’d like to say a huge THANK YOU to all our readers for supporting Graduate Fog in 2017, especially those who shared or retweeted our blog posts or who told your friends about the website. And extra special thanks to all our spies who emailed us with story tip-offs, whether you were being exploited or excluded, or knew of others who needed our back-up. (You know who you are – you really are essential so please keep doing it!).

We also want to thank all the employers who’ve crossed the divide to work with us this year. We know our fearsome reputation for high standards and strong opinions makes your press departments twitchy, but we promise that history will show you brave brands to be true pioneers in what we predict will become known as the Fair Jobs Movement. Here’s to a Happy and Prosperous 2018!

GF VILLAIN OF THE YEAR
A lot of strong entrants this year, for this prestigious award. Halliburton, the oil firm worth billions that tried to recruit an intern to work for free in West London? The overpaid ‘fat cat’ university vice chancellors, convinced they deserve nearly £500k a year, while students pay record fees for degrees that sometimes buy them nothing? And who could forget CEZ, the Czech gas firm that held a bikini contest to recruit their newest intern? Happily, two stand-out UK firms managed to top all these horrors, making GF Villain of the Year 2017 by far the easiest category to judge.

RUNNER UP: POUNDLAND
Next time you’re in a Poundland store, look out for staff in black uniforms but without the firm’s logo. They are working for free. That’s right, in July, Graduate Fog discovered that job centres around the country are sending job seekers on six-week shop placements at the discount store, where they will stack shelves, move boxes and clean the stores, all for a wage of… zero! And yes, these are proper, organised shifts, not just shadowing. We are still trying to work out how / whether this is legal, and keen to hear from Poundland workers who can gather evidence as undercover spies. Watch this space in 2018 – we won’t let this rest.

WINNER: CAPITA
If you take a job and you hate it, you can always leave, right? Wrong, if you’re on the Capita graduate training scheme, where you’ll be expected to repay the supposed cost of your ‘free’ training, should you choose to leave before you’ve served two years there. The UK’s largest outsourcing firm includes a ‘claw-back clause’ in their graduate contracts, and the penalty isn’t small. In July, a joint Graduate Fog/Guardian investigation found that Capita sends leavers a bill for £21,000, meaning hundreds of graduates could be spending this Christmas trapped in jobs they can’t afford to leave (a chilling thought). Graduate Fog’s legal team is busy investigating the law on this, so look out for updates in 2018 – and get in touch if you’ve been trapped by one of these clauses, either with Capita or another firm. Until then, we strongly recommend other employers don’t even think about copying this penny-pinching model. Consider yourselves warned.

GF INNOVATION AWARD
Another day, another dry press release from a graduate employers’ press people, trying to sell allegedly exciting news for our readers. Nine times out of ten, it isn’t. It’s a tale of a huge budget being blown on a yawnsome report that has revealed nothing you don’t already know. Occasionally, however, we hear word of something genuinely innovative. Employers reading this, listen and learn. Be bold, generous and inclusive — or forget it. If you don’t have a good idea, save your cash until you do.

RUNNER UP: BP’S FEMALE PERSPECTIVES EVENTS
Troubled by evidence that women have lower levels of self-esteem than men, BP has taken action. In November, the energy firm invited female students to a one-day event in London, where they took part in workshops to boost confidence and networking skills. And the best bit? The event was open to anyone who fancied it, and there was no pressure to apply to the BP graduate scheme unless they wanted to. As a bonus, participants each went home with a free professional head-shot for their LinkedIn profile. The event will be re-run next year.

WINNER: BARCLAYS, FOR LENDING THEIR FLATS TO INTERVIEWEES
Getting to an interview is an expensive nightmare if you don’t happen to live near the employer’s offices. Shocked by their research showing that some graduates were actually turning down job interviews because they couldn’t afford to get there (yikes), in November Barclays opened the doors of their swanky company apartments in London, Birmingham and Manchester to any candidates in need of a bed for up to two nights. Again, the genius of this was that it was for all graduates, going to an interview with any employer. For employers like Barclays with deep pockets, such generosity is a great look. Kudos to the bank for this excellent initiative – let’s hope they repeat it in 2018.

GF ETHICS AWARD
Being ethical isn’t always easy for big firms. With their ingrained cultures, complex processes, endless discussions, and need for sign off by several departments, we’re amazed they get anything done — especially for projects where the ‘only’ motive is to make the firm fairer. But some do manage it, and that gives us joy. These are this year’s highlights…

RUNNER UP: GORKANA, FOR BANNING ADVERTS FOR UNPAID INTERNSHIPS
Okay, so they were a long way behind the other big job boards that banned adverts for unpaid internships years ago. But don’t forget that Gorkana (recently rebranded as Cision Gorkana Jobs) advertises roles in media, an industry where unpaid work at the start of your career remains an entrenched norm, boosting the significance of this seemingly small move. Company spokesperson Ashley Richardson was chuffed to hear they’d made ‘Runner up’ in this category, and revealed that the firm now regularly — and happily — turns down cash from employers keen to post unpaid roles, telling Graduate Fog:

“Realistically for Cision Gorkana Jobs, doing this wasn’t a financial/business decision as such as we now have to turn down several paid advertisements a month. However, it was still the right thing to do. There is so much confusion and mis-information in all industries about “expenses only” internships, not least in the media industry where some huge brands are still exploiting young workers.

“As so many excellent candidates were missing out on opportunities as they couldn’t afford to work for free, we decided we needed to do what we could to stop this happening. We hope that making this change on the site has prompted companies to take the time to look at their internship policies, and therefor hope many more young people have managed to find paid work off the back of this change in our internal rules.”

We’re sure they have. Thanks, Gorkana!

WINNER: GRANT THORNTON NAMED BEST EMPLOYER IN THE SOCIAL MOBILITY INDEX
In June, a ‘social mobility index’ was published for the first time, by the Social Mobility Commission in partnership with the City of London Corporation. We’re proud to say that our long-time sponsor Grant Thornton topped the index as the employer with the strongest commitment to hiring and promoting employees from a mix of backgrounds. The firm recruits using aptitude tests rather than A-level grades or degree classifications, pays travel expenses for candidates to attend interviews, and offers a salary advance for new recruits to buy clothes for work. Bravo! 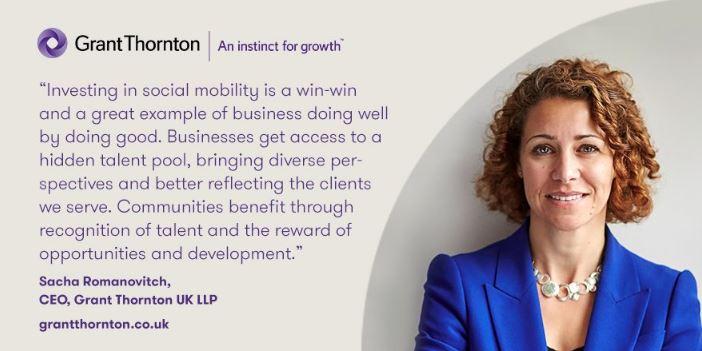 GF EDUCATION AWARD
You don’t know what you don’t know until someone tells you about it. Several employers have done great work to educate and inform young job-seekers this year. Graduate Fog knows a lot about this stuff, and even we learned a tonne of new things. For example, a special mention goes to E.ON for educating us about game-based assessments. We’d (wrongly) assumed they were just a gimmick, but it turns out they’re actually great for graduates, as they result in fairer, more diverse recruitment. So now we know — and you do too.

RUNNER UP: UNLOCKED, THE PRISON SERVICE GRADUATE PROGRAMME
Who knew that the UK prison service was a graduate career opportunity? Out of the blue, from the people who brought us Teach First, came Unlocked, a programme which explained why the UK prison service needs graduates like you (yes, really). In March, we quizzed them on the details and found their answers to our interview questions unexpectedly fascinating. You agreed — the page is has been viewed more than 1,200 times. 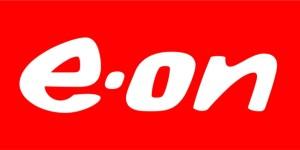 WINNER: EON’S E-BOOK GIVEAWAY
Yes, alright… this was our founder’s e-book How to get a graduate job now! But still. When E.ON asked Graduate Fog for ideas for projects this year, we didn’t really expect them to go for this one. “Pay you, to promote a digital book with an E.ON branded ‘cover’, which is free for anyone to download? Get out of here!”… is what we expected them to say. After all, we had no success stats to support the idea — as we’d never done it before. As it turns out, we under-estimated E.ON, who jumped at the chance – and it paid off. Nearly 200 cash-strapped students and graduates took advantage of this campaign and downloaded the e-book. E.ON were happy, and readers bagged a free e-book to help them with their job hunt. Here’s to a Happy 2018!

PS. The e-book of ‘How to get a graduate job now’ is still free – download yours now!

* DID WE MISS ANYONE?
Nominate your own best and worst employers for 2017! Who were your heroes and villains of the last 12 months?