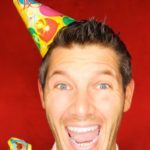 IS YOUR FAVOURITE GRADUATE FOG STORY ON THE LIST?

We want to say a big thank you to everybody who has supported Graduate Fog this year – so THANK YOU! We love writing these stories – and seeing your favourites whizzing around the Internet makes us happy indeed. Please keep retweeting and sharing our stories in 2012 – we rely on the Graduate Fog tribe to spread the word about our work. As many of you know, at the moment most of the work that goes into this website is unpaid (oh, the irony!).

All we ask in return is that you keep doing your bit to make your friends aware of the site, so we can continue to build our reputation as the ‘voice’ of job-seeking graduates, and can start representing your views to a wider audience (Newsnight etc) while hopefully turning the site into a business that pays its way one day soon! With acres of column inches in the national press this year (special thanks to our friends at the Guardian, Daily Mail and Telegraph), we are nearly at that point, so please keep supporting us in whatever ways you can – we really appreciate it. Remember, the more of us there are, the louder we can shout!

Thanks again – and happy new year

Graduate Fog v X Factor Simon Cowell met his match when we blew the whistle over the four unpaid interns working on set for the last 3 months. X Factor denied all knowledge – but based on our evidence, HMRC are investigating. Result!

A Stella victory for interns Another big win for interns came when fashion designer Stella McCartney announced she had changed her policy on internships – and now all her staff would be paid at least NMW. See how easy it is to do the right thing?

Pay to intern? F*** off, Etsio See what happened when the boss of this disgraceful company decided to comment below our story about desperate graduates paying him £200 a day to intern for free. (Clue: He didn’t come out of it well)

Isn’t graduate unemployment entertaining? Er, no actually. When we heard about BBC3’s programme Up for Hire – in which unemployed youngsters would compete for (crappy) jobs live on air, for entertainment purposes – we started to feel sick. The Beeb assured us it was in good taste, but when we saw Inspiring Interns were involved, the chunks began to rise in our throat…

Cabinet minister recruits unpaid interns Culture secretary Jeremy Hunt claimed he’s done nothing wrong in hiring multiple unpaid interns to work for him – as a loophole in the NMW law, allows politicians to do as they damn well please. We (and you) think this is a disgrace.

University careers advice – a national joke? Experienced careers adviser Anne Wilson shocked her profession by claiming careers advice needs a total re-think for the challenges facing today’s graduates. We’re behind her 100% – and will keep saying so in 2012.

The REAL reason your uni won’t join the fight against unpaid internships We were shocked when a senior careers source told us the real reason why only 10% of graduates know that unpaid internships are illegal – and why universities keep promoting illegal internships. Can you guess what it is?

WTF is an “intern receptionist”? Recruitment agency Reed faced a wall of anger from graduates when we discovered they were recruiting for 46 unpaid internships to work within Reed itself. Several Reed interns emailed to say they definitely had NOT been exploited, but we know a Stockholm Syndrome intern when we see one…

Earn £3.50 a day working for one of Britain’s richest men When we heard Topshop – run by zillionaire Sir Philip Green – only pay their interns expenses, we went after them with a big stick. Their press office confirmed that their interns do lots of real work, before telling the Observer they didn’t. Before telling us they did a bit of work, but not much. What to believe? Hm.

Is your uni on the ‘golden’ list employers hire from? And if not, were you mis-sold your degree? Many graduates felt you had been mislead about the true value of your university education.

Tony Blair recruits unpaid intern Shocking news reached us that the former PM was recruiting unpaid interns to work at his charitable organisation, which may be legal – but is it right? Especially when it was his government that introduced the National Minimum Wage law in 1998? You said not.

Do you speak intern? The unpaid internships situation is a serious business – but we decided to show how insane it had become with this satirical glossary, which became one of the most popular pages ever on Graduate Fog.

Want to do 2 weeks’ work for Poundland – for free? No, nor did graduate Cait Reilly, who is suing the government for forcing her to do it or risk losing her JSA, as part of the government’s new Work Programme. We’ll be following this one closely in 2012.

*WILL YOU KEEP SUPPORTING GRADUATE FOG IN 2012?
How have you spread the word among your friends so far? What makes Graduate Fog special, in your opinion? What sort of stories would you like to see more of in the next 12 months?