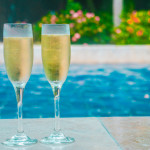 Sipping champagne by a pool? Nope, us neither. Thousands of graduates are struggling to make ends meet as they take unpaid internships, zero-hours contract work or low-paid graduate roles – or they claim JSA (a measly £57.35 a week). Meanwhile, the cost of living keeps rising. Argh! Fear not – you’ve come to the right place. This is Graduate Fog Money.

Keen to cut your travel costs? Join the Commuter Club!
Still buying monthly or weekly Oyster travelcards? STOP! This clever new payment plan will save you up to £339 a year * 100% Graduate Fog approved! *

London internships: Six in 10 paid less than the minimum wage
Unpaid internships are ‘a big problem’ in the capital, according to a damning new report released today. What else did it say?

Shocking! Boss charges unpaid interns £300 for a reference
Former interns who worked at a London thinktank have been told they must pay a large ‘administrative fee’ for a reference. Can they do that?

Want more diversity, Hollywood? Stop auctioning your internships for £30,000!
Hollywood claims it values diversity, but one of its best-known studios has auctioned an internship for £30,000. How did The Weinstein Company defend its actions?

Are your graduate debt repayments really just one ‘posh coffee’ a day?
A politician has claimed that cash-strapped graduates should simply cut out the cappuccinos if they want to shrink their debt quicker. But does his maths add up?

Wow! Employer offers £40,000 per student to help with university costs
Is it fair that students shoulder the whole cost of uni, when employers benefit from your degree too? One employer says no! Who is it?

WOOP! Living Wage jumps to nearly £10 an hour
True story – a Living Wage employer will pay you up to 41% more than a minimum wage employer! Check the maths

Should I do an unpaid internship?
Considering working for free, as you’re so desperate for experience to add to your CV? There are a lot of factors to weigh up, so make sure you read this first!

Graduate payslips – where did all your money go?
YES – you’ve been paid! But what are all these deductions? And have you checked your boss’s sums are definitely right?

The UK’s best graduate bank accounts (plus one to avoid)
Got a fancy graduate job? Or doing unpaid internships? Whether you’re rolling in cash or totally skint, find out where you should park your pennies (or your overdraft)

Do you have graduate salary envy?
Some grads make £11,000 a year — while others earn £80,000. No wonder a third of graduates admit to comparing their salary to their friends’. Are you rich or poor, relative to your friends?

“Everyone I know still takes hand-outs from their parents”
Low wages and high rents mean that even those in full-time jobs can’t support themselves financially, says one graduate. Are you still getting pocket money from your mum and dad?

The UK’s low wages are a “scandal”, says Labour leader
More than 5 million UK workers are earning rock-bottom pay – and the situation can’t continue, says Ed Miliband. Do you agree?

“I went bankrupt trying to get into journalism”
Struggling to break into media – without a trust fund to fall back on? You’re not alone. Read one graduate’s shocking story… Don’t make his mistakes

Almost HALF of 20- to 24-year-olds still live with their parents
Still living with your folks? You’re not the only one. But is it fair to stereotypes you as feckless ‘boomerang kids’, when you’d do anything to have your own place?

Can you survive on the minimum wage?
It’s been dubbed the ‘poverty wage’ because it is so grim to live on — yet new figures show that millions of UK workers are still only earning £6.31 an hour.

Government “got its maths wrong” on tuition fees, adviser admits
When politicians raised tuition fees to £9,000, we assumed they’d done their sums. They hadn’t. And now they say half of loans will never be repaid

‘If graduates are skint, how come we all have iPhones?’
Yes, today’s graduates have it tough, but one recent grad admits she could be better at budgeting. Do you live beyond your means?

‘Why do we think it’s our human right to have a job we love?’
Nobody wants a ‘boring 9-to-5’ – but there simply aren’t enough fun, well-paid jobs for everybody. One recent graduate asks:  Are our expectations too high?

‘The sex industry is the only place where graduates feel welcome’
Graduates have been shut out of almost every other industry. No wonder, they’re turning to escort work to make ends meet, says one graduate. How far would you go to pay off your debt?

How to turn your unpaid internship into a paid job
It’s not easy – but it’s not impossible either. You just need to be brave – and  show them you’re prepared to walk out. Here’s how!

How to make 11 quid last seven days
Read what happened when one student challenged himself to live cheap for a week. Could you manage it?

Which universities have the richest graduates?
Okay, you’re feeling poor now – but things could be about to change! Is your university in the Top Ten? Find out here

Internships: 10 things every graduate should know
Considering doing your first internship? Or done loads already and losing the will to live? 10 brilliant tips you don’t already know

Graduates on benefits – strivers or skivers?
Why are educated young people receiving welfare payments? What’s wrong with this picture? Are those who claim benefits workshy, or are wages simply too low?